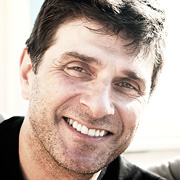 Miquel Gonzalez (1964, Germany) studied photography at the IEFC in Barcelona and started his career as a documentary and portrait photographer in 1991. Since 2000 he lives in the Netherlands. Miquel Gonzalez’ photography is socially oriented regarding the choice of subjects and the focus of the result. He is interested in the human condition and especially in the borderline areas of both the individual and the landscape that often have been harmed by civilization. Characteristic of Miquel’s work is a contemplative and balanced view on the spaces and situations that he photographs inciting the viewer to further reflect on the subject.
His work has been published in a number of international magazines including Der Spiegel, Die Zeit, GEO, NZZ, Washington Post, Stern, The Times, Wired, The New Yorker. In 2018 he published the book Memoria Perdida.
Miquel is represented by De Beeldunie (Netherlands), laif Agentur für Photos & Reportagen (Germany) and REDUX (USA). His is a member of the professional Dutch photographers’ associations NVJ/NVF and DuPho.

All photographs are available in limited editions printed on the highest quality Fine Art Baryta archival paper and come signed and numbered with a Certificate of Authenticity. For framed prints please contact me.

This website uses cookies to improve your experience while you navigate through the website. Out of these, the cookies that are categorized as necessary are stored on your browser as they are essential for the working of basic functionalities of the website. We also use third-party cookies that help us analyze and understand how you use this website. These cookies will be stored in your browser only with your consent. You also have the option to opt-out of these cookies. But opting out of some of these cookies may affect your browsing experience.
Necessary Always Enabled
Necessary cookies are absolutely essential for the website to function properly. These cookies ensure basic functionalities and security features of the website, anonymously.
Functional
Functional cookies help to perform certain functionalities like sharing the content of the website on social media platforms, collect feedbacks, and other third-party features.
Performance
Performance cookies are used to understand and analyze the key performance indexes of the website which helps in delivering a better user experience for the visitors.
Analytics
Analytical cookies are used to understand how visitors interact with the website. These cookies help provide information on metrics the number of visitors, bounce rate, traffic source, etc.
Advertisement
Advertisement cookies are used to provide visitors with relevant ads and marketing campaigns. These cookies track visitors across websites and collect information to provide customized ads.
Others
Other uncategorized cookies are those that are being analyzed and have not been classified into a category as yet.
SAVE & ACCEPT